It is with great pleasure the Felton Fire Protection District Board of Directors announce the appointment of Robert Gray to the position of Fire Chief.

Chief Robert Gray succeeded Chief Ron Rickabuagh upon his announcement of his retirement and service to the fire district of 35 years.

Chief Gray started his career with Felton Fire as the department photographer until he joined the department at the rank of Firefighter in September of 1996. Chief Gray then advanced to the position of Engineer in 2008, followed by Captain in 2012 and Division Chief in 2017.

As a lifelong resident of the San Lorenzo Valley, Chief Gray has dedicated himself to many fire service projects including the SLVHS Grad Night EMS/ safety stand by, Felton Remembers Parade coordination, various shaded fuel break projects throughout the district, fire preparedness workshops and programs, disaster response and preparedness at our schools, flood planning for Felton and many other projects.

Chief Gray was pinned on Tuesday, April 30 at the Felton Fire Station and has started his command of all operations effective immediately. 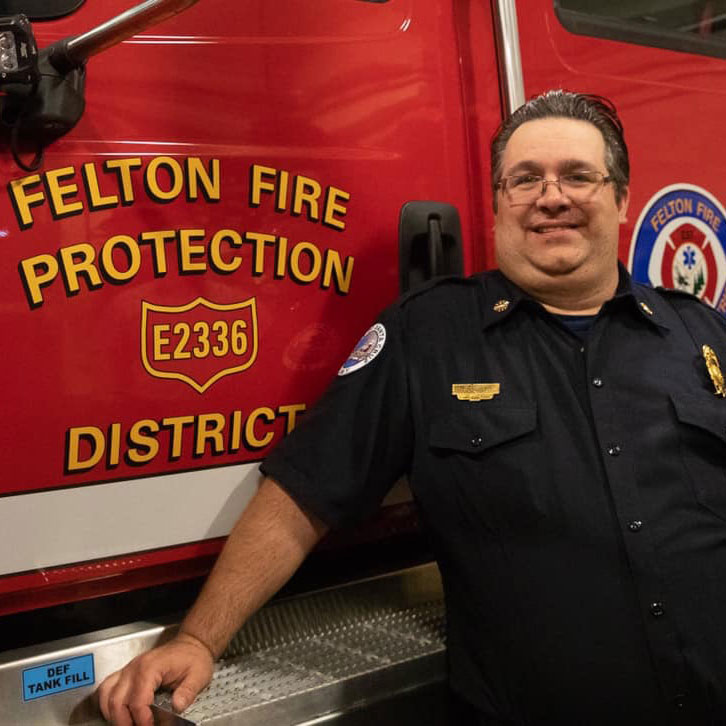